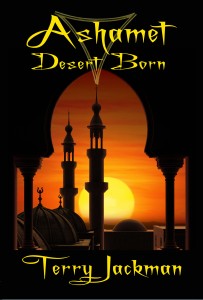 Dragonwell Publishing is thrilled to announce the upcoming release of Ashamet, Desert Born, by Terry Jackman, and with it its beautiful cover!

“Headstrong was the least I knew they said about me. Unpredictable, a wicked sense of humour? Gods, I hoped so.”

A desert world. A population of 100 males to every female. And for Ashamet, its prince, a suddenly uncertain future…

All Ashamet wants is the warrior life he already has. But then a divine symbol appears on his arm, closely followed by an attempt on his life. Now nothing’s simple any longer, even less so when a new and very foreign slave seems shocked by both his new surroundings – and his master’s amorous attentions.

Could this innocent young male hold the key to Ashamet’s survival? And to his heart?

“Ashamet, Desert Born”, is a debut adventure fantasy with an exotic Arabian-style setting and strong elements of same-sex romance.

Terry Jackman is a mild-mannered married lady who teaches (though not in school) and lives in a pretty English village, complete with an ancient stone cross and a duckpond.

The other Terry may be a surprise to those who only know the first one. Apart from once being the most qualified professional picture framer in the world, and as such responsible for ten years’ worth of articles, guest appearances, seminars, study guides and exam papers, she is also the coordinator of all the British Science Fiction Association writers’ groups, called Orbits, is a freelance editor, and an assistant editor for Albedo One magazine in Ireland.

She wrote her first story in infant school, but only remembers because of the harrowing experience of having to read it out to the class. Maybe that’s why it took a considerable time and a lot of encouragement to get her to do anything like that again.

And the winner is….

The winner of The Blackwell Family Secret: The Guardians of Sin giveaway is…. drumroll, please…..

The publisher will be contacting you shortly and you’ll get a chance to choose from an ebook copy of The Blackwell Family Secret, by Jonathan L. Ferrara, or a gift certificate to shop at the publisher’s bookstore.

To celebrate “Read an Ebook Week” (March 1-7), Dragonwell Publishing is offering one title for FREE and discounted six others to only $1.50.

And there is more: with every paid order during this week, you will receive a $6 gift certificate for Dragonwell Publishing bookstore. This means, you can download four more books at promotional price.

The deal will run from today March 4th until March 7th. Don’t miss it!

Just click on the title to go to the download page, and feel free to spread the word! 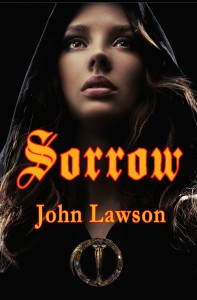 A fast-paced science fiction thriller with a starred review by Publishers Weekly.

“Mistress of the Solstice” by Anna Kashina

An award-winning dark fantasy based on Russian fairy tales.

“The Garden at the Roof of the World” by W. B. J. Williams

“The Loathly Lady” by John Lawson

An Arthurian tale of chivalry and dark magic. 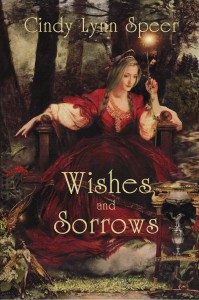