New from Anna Kashina: “BLADES OF THE OLD EMPIRE”, book 1 of the Majat Code 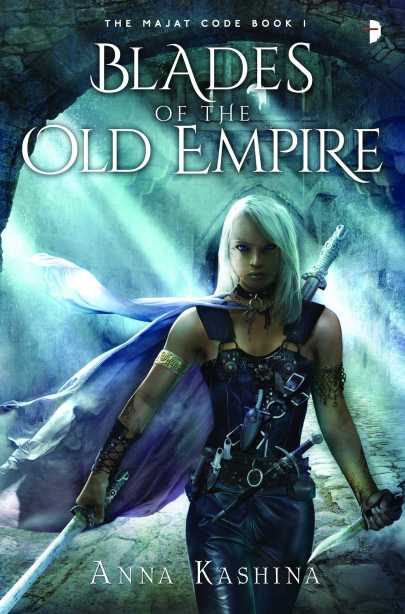 “A solid start to what looks to be an exciting series” — British Fantasy Society. For full review, follow this link: http://www.britishfantasysociety.co.uk/reviews/blades-of-the-old-empire-book-review/

To celebrate the release, we are holding a giveaway of one autographed copy of “Blades of the Old Empire”, featuring the beautiful cover art by Alessandro Colucci. We are also giving away electronic copies of Anna Kashina’s “The Majat Testing”, a 7000-word story set in the world of the Majat Code. To enter the giveaway follow this link:

You can also get your own widget for this giveaway at the following link: 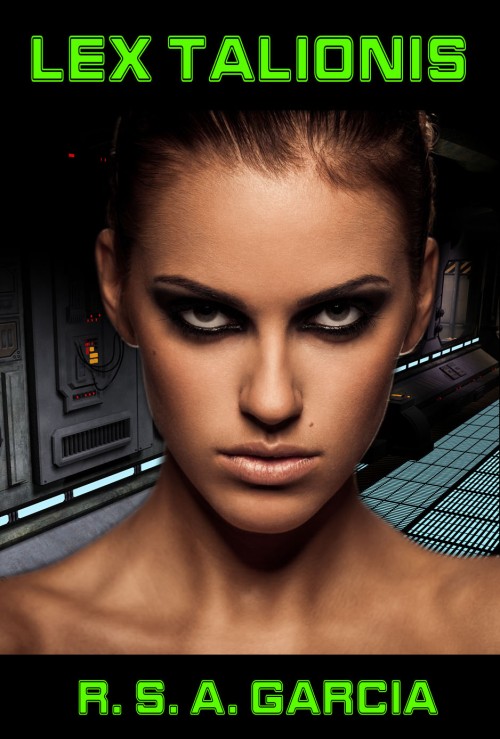 Vengeance is only the beginning…

On one of Earth’s planetary outposts, a young woman dies–and is brought back to life by a mysterious alien.

Inside a military starship, a wounded soldier is stalked by an unseen enemy.

When Lex reawakens in a clinic, she doesn’t remember who she is, or who killed her. All she remembers is a phrase she does not understand. Lex Talionis. The law of revenge. Stripped of her past, Lex focuses on the only thing she can. Retribution. She will find the people who murdered her and she will make them pay.

What Lex doesn’t know is that she’s being hunted. The alien who saved her and the soldier fighting for survival are the keys to her past…and her future. She must discover what they know before the hunter finds her. Every clue brings her closer to powerful enemies. Everything she learns draws her nearer to the person who almost destroyed her.

The only man she has ever loved.

“Lex Talionis” will be released worldwide on May 30. 2014. Review copies are available upon request and will be upcoming soon on NetGalley and at Library Thing Early Reviewers program.

MISTRESS OF THE SOLSTICE on Amazon’s bestseller lists

For the last three days Mistress of the Solstice has been steadily heading the sales in three paid categories, including Dark fantasy, Folklore, and Myth. Here are the rankings from one of these days:

Thanks to everyone for support. And, if you did not yet take advantage of this promotion, there is still time! Download a Kindle copy of Mistress of the Solstice for the next 2 hours by clicking on the image above or following this link:

MISTRESS OF THE SOLSTICE on sale for the next 3 days

For 3 days only, download a Kindle copy of Anna Kashina’s Mistress of the Solstice for 99 cents on Amazon at:

ForeWord reviews characterize this book as “A superior fantasy novel with a strong flavor of romance and myth”. The fans of Once Upon a Curse anthology, stories based on folklore, dark romantic fantasy, and Anna Kashina’s work would enjoy this book.

Tagged as Anna Kashina, fairy tales, Fantasy Author, folklore, Mistress of the Solstice, Myth and Magic, mythology, Once Upon a Curse 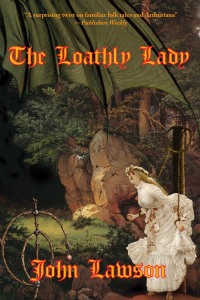 “From the first chapter The Loathly Lady practically leaps off the page and comes to life in rich detail full of different customs, nationalities, and slang. Lawson uses the loathly lady medieval archetype perfectly to craft a story of magic, transformation, and ultimate betrayal… The tale unfolds in an engaging and surprising manner. This is a definite read for any fantasy fan.”

Check out this great review of John Lawson’s THE LOATHLY LADY, just out from San Francisco Book Review at this link: