THE CHOCOLATIER’S WIFE #3 bestseller in fantasy!

Thanks to your support, today’s Amazon sales ranks for Cindy Lynn Speer’s THE CHOCOLATIER’S WIFE:

The sale will continue for another 3 days. Buy your own copy for a great holiday reading at:

For the next five days, order a copy of THE CHOCOLATIER’S WIFE by Cindy Lynn Speer at 99 cents, 80% off the cover price! This book makes a great holiday reading! And while you are at it, also stop by to get a copy of THE CHOCOLATIER’S JOURNAL for a complete set of stories about William and Tasmin. That’s less than 2 dollars for a great collection from a very talented author.

Also on special: THE GODDESS OF DANCE, only $2.99 for Kindle for the next 2 days! And, of course, ONCE UPON A CURSE, now available from Amazon and other major retailers.

ONCE UPON A CURSE published today!!!

On this 2012 Winter Solstice, step into the world of myth and magic, and experience the lure of the dark side of fairy tales…

Buy a copy at:

Special: order this book before Christmas and receive a FREE e-copy of Cindy Lynn Speer’s THE CHOCOLATIER’S JOURNAL (e-mail us your purchase receipt at dragonwellpublishing(at)gmail(dot)org and specify your preferred e-format).

ONCE UPON A CURSE Author Nancy Kress on fairy tales 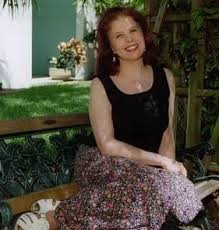 I have always loved fairy tales.  As a child, I read my way steadily through Andrew Lang’s twelve “colored fairy” anthologies: The Red Fairy Book, the Blue Fairy Book, etc. (although the idea of either a grey or an olive fairy was not very appealing).  Then I moved on to Hans Christian Anderson and Grimm (both frightening, in ways that thrilled me).  I even liked the watered-down Disney versions.  The first movie I ever saw was a re-release of Snow White.  I was four.  I was enthralled.

Much has been written about the uses of fairy tales to the psyche of a growing child.  I studied some of this material when I was in college, working toward a B.A. in elementary-school education.  I’ve forgotten most of the theory now, but never forgotten the stories themselves.  I read them aloud to my own children.  If I’m ever fortunate enough to have grandchildren, I expect to read them aloud again.

And yet—despite all this passionate devotion to fairy tales, even early on I had reservations.  It bothered me that all the princesses were blonde, since I was not.  The one exception was Snow White, but as I grew from four years old to ten, Snow White struck me as sort of dim.  She’d been told by the dwarves not to open the door to anyone, and what does she go and do?  Open the door to the evil witch and then eat the poisoned apple.  If she was the role model for brunettes, I wasn’t having it.

Then, too, I began to wonder about all these helpless females in the stories.  The whole idea of being rescued by a handsome prince was definitely appealing—but couldn’t any of these girls (it was always the girls I was interested in) help themselves at all?  Or at least try to?

Finally, I worried about the minor characters.  I was perfectly happy to have Cinderella’s sisters rolled down a hill inside a casket of nails (the Grimm brothers’ original, horrifying fate for them), but what about all those servants asleep in the castle with Sleeping Beauty?  Wouldn’t their mothers all be dead by the time they woke up and tried to visit back home?  Were Cinderella’s coachmen frightened to suddenly find themselves coachmen instead of rats?  Was there enough porridge left for Baby Bear to get his breakfast?

Decades after I’d replaced these worries with ones about prom dresses and college applications, Ellen Datlow began to publish anthologies of fairy tales told from the points of view of minor characters.  I wrote a lot of these, happy to revisit my childhood concerns.  Two of them are included in ONCE UPON A CURSE: “Words Like Pale Stones” and “Summer Wind.”

“Words Like Pale Stones” is a version of “Rumpelstilskin” in which the heroine starts out helpless but does not stay that way.  And even helpless, she knows more about the real, true world than does her prince.

“Summer Wind” is my favorite of my own rewritten fairy tales.  As a child, I wasn’t concerned with the fates of the old people in fairy stories.  The young never are.  But as I grew older myself (and older, and older), the lives of all those grandmothers, crones, fairy godmothers, and ugly ancient witches began to interest me.  Did magic reside in age itself, or in what has been learned through long ages of life?  “Summer Wind” considers that question, with a heroine who both is and is not helpless.

I hope you enjoy both stories, as well as the others in this exciting anthology.

The official release date for ONCE UPON A CURSE ANTHOLOGY: TOMORROW, December 21!

ONCE UPON A CURSE Goodreads giveaway

For the next five days, enter to win a paperback copy of “Once Upon a Curse” anthology, featuring the dark and gorgeous fairy tales by an amazing set of bestselling authors and rising stars.

Once Upon a Curse

See the giveaway details
at Goodreads.

This book contains two short stories from William and Tasmin’s life before they ever met each other. SEA WITCH is a haunting story about a life-changing event in William’s life when he made a decision to stop sailing after encountering the feared Queen of the Sea. TASMIN AND THE SPRITES shows how Tasmin acquired her invisible and highly energetic escort of a tribe of invisible and mischievous Wind Sprites. The book also contains some chocolate recipes from William’s personal notes and some spells recorded by Tasmin during her studies as a Herb Mistress.

As a special holiday deal, you can get an e-copy of THE CHOCOLATIER’S JOURNAL absolutely FREE if you do one of the following things:

1. Purchase any Dragonwell Publishing title in any venue and e-mail us a purchase receipt

2. Post a review for any Dragonwell Publishing title in any on-line venue (including your own blog, Amazon, Barnes and Noble, Goodreads, and others) and e-mail us a link

Please send these e-mails to our main address, dragonwellpublishing(at)gmail(dot)com and indicate your preferred e-book format (EPUB or MOBI)

Or, simply purchase a copy of THE CHOCOLATIER’S JOURNAL on Amazon.com or Barnes&Noble.com

THE GODDESS OF DANCE by Anna Kashina is available for a limited time at a special Holiday price, $2.99, 55% off the regular price. Its current Amazon sales rank is #57 bestselling in fantasy.

ONCE UPON A CURSE, the anthology of stories and fairy tales for adult readers is available for pre-order from all the major retailers. But a copy today, and sign up to follow our blog for updates and posts by the anthology authors.

ONCE UPON A CURSE author Siobhan Carroll on vampires

As we count down to the Winter Solstice release of ONCE UPON A CURSE anthology, we are thrilled to host a post from one of the anthology authors, Siobhan Carroll.
_______________________________
We live in a culture that likes to strip the cruelty from our myths. Hans Christian Anderson’s Little Mermaid is betrayed by love. Little Red Riding Hood is killed by the wolf. Stoker’s vampires are monstrous child-eaters who take over your beloved’s body and turn it against you.

To live, myths need to be retold. But in 2012, our most popular retellings often leave out the raw edge of fairy tales. They tell children that the monsters under the bed aren’t real; that true evil doesn’t exist in the world, or if it does, it will be swiftly defeated.

Do we really believe this?

“Once Upon a Curse” promises a different set of stories. Its title invokes a familiar story pattern, the tale re-told., But “Once Upon” is followed by a reminder of that bitter fairy-tale cruelty, the “Curse.” The evil that lingers. The part of the story you’d rather forget.

“Remains” – my contribution to this anthology  — is my response to the Twilightification of vampires. No longer the soulless monsters depicted by Stoker, vampires have become the walking embodiment of People magazine covers. The Sexiest Man alive: glossy, photoshopped, immortal. A celebrity for the ages. Who wouldn’t want someone like that? Who wouldn’t want to be someone like that?

And the price is so small. Your life. Your humanity. Your soul.

The first item doesn’t really matter -you get eternal un-life, after all. As for the rest of it – who really prizes humanity anymore? Do we still believe in souls?

When I first encountered vampire stories, it wasn’t the blood drinking that horrified me. It was the vampire’s soullessness. Everything reflects in the mirror but the vampire, because it has no soul left to reflect. The beautiful face you see? Is a shell. Inside, the vampire is empty. The person who used to be there is gone.

I can imagine nothing more horrifying than being turned into a vampire. And in my story I try to recover this horror, by asking the question that Twlightesque stories don’t seem to consider. What happens to the people who get left behind?

Stoker’s vampires, those hollow doll-people, hurt their families in very direct ways. By luring children to their deaths. By attacking the people they used to love. My vampires are less direct in the damage they inflict. But the damage is there, and it is horrifying.

Curses don’t always take magical form. Sometimes the damage they do looks very ordinary. But don’t be fooled. Immortality isn’t the only curse a vampire’s bite leaves behind.
__________________________
Don’t forget to enter ONCE UPON A CURSE giveaway by clicking a rafflecopter link at one of the previous posts. You can also enter the drawing by leaving a comment on this post, signing up to our newsletter, signing up follow our blog, and/or sharing our news in social media.